Cardarine is one of the most popular bodybuilding supplements on the market. While nearly all supplements make similar promises – gain more muscle, burn fatter, get the energy boost for a power workout – Cardarine stands out because it can also protect the heart and lower bad cholesterol. A supplement that can give you a better body and lower your risk for heart attack? No wonder everyone wants it!

But does Cardarine’s claims have actual medical basis? We take a look at its history, benefits, side effects, how to use it and what results you can expect.

THE HISTORY OF CARDARINE

Cardarine (also called GW-501516) was first developed in the early 1990s by pharmaceutical companies Glaxo Smith Kline and Ligand to stop the growth of tumors in the colon, prostate, and breast. However, during GW501516 early clinical trials, researchers discovered that it also affected the body’s lipid levels. That’s why when it was first released, it was marketed as a way to control bad cholesterol or LDL’s.

However, the fitness and sports industry soon saw a new use for Cardarine. Gw501516 could increase acid metabolism and endurance. Athletes and bodybuilders could recover faster after training and lift heavier weights or take on longer training sessions. It could even blast unwanted body fat – a plus for gym enthusiasts who were gunning for those six-pack abs!

By the mid-1990s, Cardarine was being used by bodybuilders and professional athletes around the world. Then in 2007, a study discovered that mice who were injected with GW501516 had higher physical performance levels. Soon, athletes were using Cardarine as a doping agent – including several members of the 2008 Olympic teams. This prompted the World Anti-Doping Agency (WADA) and several sports commissions to ban the supplement.

But if you’re not trying to win a gold medal, and all you want to do is to bulk up and burn your fat, Cardarine should be one of the supplements to consider. For many bodybuilders, its benefits make it one of the best in the market. 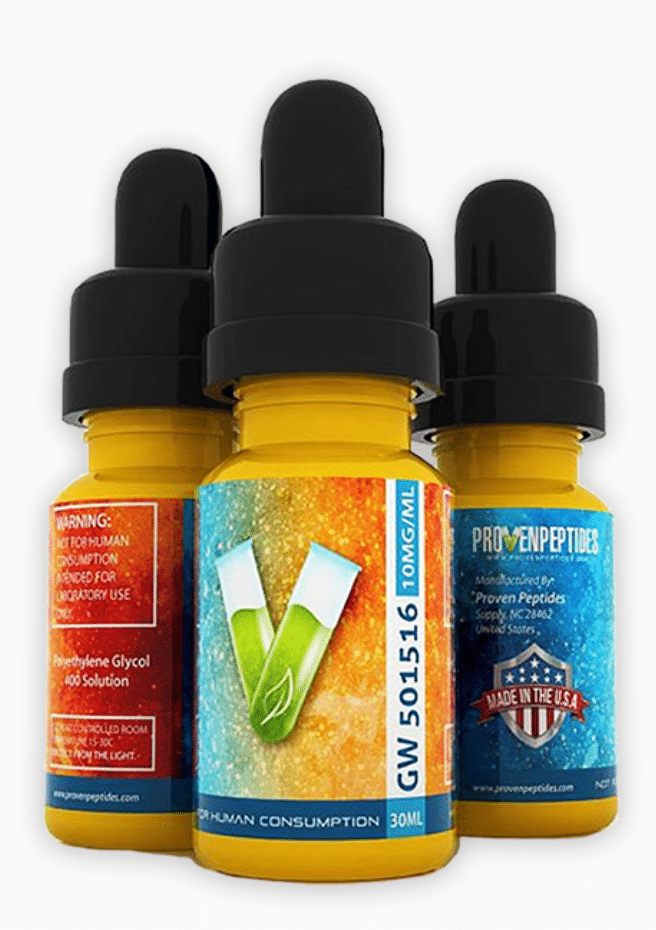 HOW DOES CARDARINE HELP IMPROVE TRAINING?

In general, bodybuilders use it to achieve two goals: bulking (or improving muscle gains) and cutting (losing fat to show off muscle mass). How does it achieve that?

Contrary to popular belief, Cardarine is not a SARM (selective androgen receptor modulator) like Ligandrol or Stenabolic. It is a PPAR (peroxisome proliferator-activated receptor). While the two types of drugs work in similar ways, PPARs don’t bind to androgen receptors and have no anabolic activity. This is actually a good thing. It won’t affect your testosterone production, and while it increases endurance it is not considered a stimulant – you won’t have trouble falling asleep, and you won’t have that anxious or jittery feeling.

GW 501516 works by targeting the androgen receptors that stimulate glucose in the muscles, then blocks the formation of fatty acid chains. So instead of using glucose for energy, your body uses fat. It’s the same effect you would get if your body from extreme intermittent fasting.

Cardarine also enables your body to efficiently use oxygen stores in the muscle, improving your endurance and performance. In one study, mice who were given GW501516 were able to run twice as long and fast. There have been no studies on humans, but there are anecdotal evidence and testimonials. The bodybuilding and Crossfit community often talk about how they are able to train for longer periods, with just short rest periods in between. In particular, weightlifters say that they can do more sets with higher reps and still maintain slow, steady and deliberate form.

Others say that Cardarine also improved their overall recovery time (likely because of GW501516 ability to activate the fast-twitch muscle fibers, which improve muscle repair).

WHAT ARE THE OTHER BENEFITS OF CARDARINE?

Aside from improving endurance and performance, Cardarine also provides several other health benefits.

First of all, GW501516 controls atherosclerosis, or the build-up of plaque in the arteries – one of the biggest factors in heart disease, heart attacks, and stroke.  In several clinical studies, rats who took GW 501516 had higher levels of good (HDL) cholesterol and lower levels of bad cholesterol. Remember, Cardarine was first marketed as an anti-cholesterol drug, so this is a clearly proven benefit.

Second of all, since GW501516 prompts the body to use fat instead of glucose for energy, GW501516 can help prevent or control Type 2 Diabetes and obesity.

Third of all, Cardarine can help minimize damage to the liver. Since the body’s blood sugar levels are lower, Cardarine protects this vital organ from the bad effects of a diet with high levels of fructose and other sugars. One study on mice found that it actually improved non-alcoholic liver disorders. However, researchers say that very controlled short-term use of Cardarine proves to have the best effect on the liver.

A fourth possible benefit is lower risk for kidney disease. While research on this area is still in its early stages, there are signs that it can lower MCP-1 expression, which is one of the factors in the development of this dreaded condition. 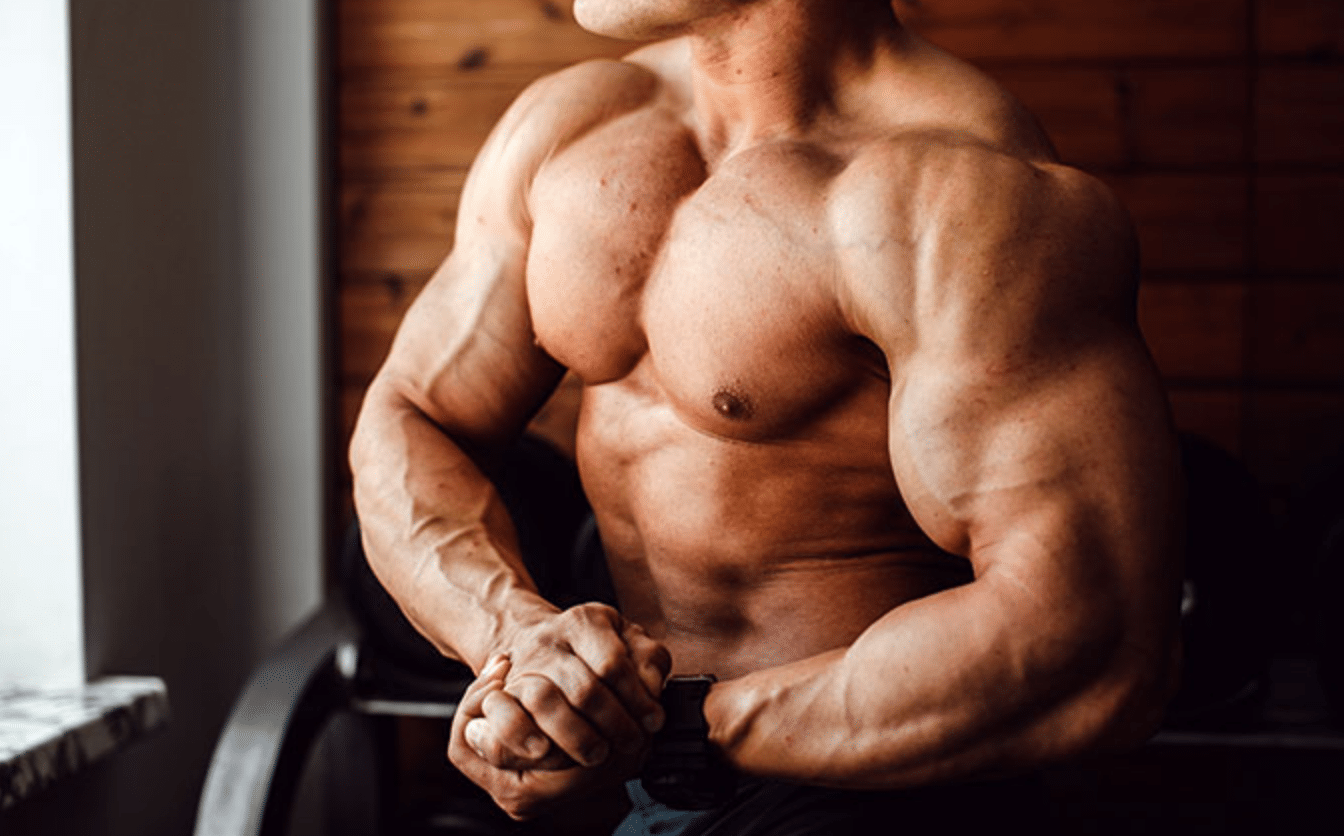 In 2007, Glaxo Smith Kline stopped all research on GW501516 after tests on rats found that it increases cell death and the growth of cancerous cells in those that already had liver disease and cancer.  There were also indications that long-term use of GW501516 could affect placental and fetal development.

While these findings were all done on rats, who were exposed to extreme levels of the drugs (far above the doses that people take today), the pharmaceutical decided to abandon developing it as a maintenance medicine. It was more of a precaution, and a decision by the company to avoid any possible backlash.

However, advocates for Cardarine supplements say that there are no signs that GW501516 can damage organs or hasten cancer at low doses. What the research does imply is that women may need to rethink using GW501516, and definitely should not be taking it if they are trying for a baby, pregnant, or breastfeeding. if you are worried because cancer runs in your family (or any special concerns because of your unique health history) talk about using Cardarine with your doctor.

As for the optimum cycle, take GW501516 for 12 weeks, and then stop for a 6-week break. You will not need any post-cycle therapy.

No one has reported any ill effects from the long-term use. However, stick to the maximum dose of 20 milligrams a day.

You can stack it with other supplements without experiencing any ill side effects. Many bodybuilders will combine it with LGD 4033 and MK 2886.

When should you use it?

Because of its ability to prompt the body to burn fat for energy, Cardarine may be a good choice for you if you are looking to lose some of the fat without losing muscle mass.GW501516 also has excellent side benefits of lowering cholesterol and controlling diabetes or high blood sugar. If you are on a high-calorie diet to support your training, this can help you load up without wreaking havoc on your health. (Of course, you still need to make smart food choices.)

However, Cardarine should not be considered a dietary supplement. While it does improve your ability to metabolize fat, its results still depend on the assumption that you are training heavily and regularly. If you are just on a diet but only get light to moderate exercise, this is not the best choice for you.

If you decide to take Cardarine, remember that GW501516 is still a drug, and all drugs will have their side effects and risks. While it’s been used by the bodybuilding and fitness community for over a decade, with no reports of severe reactions or complications, it’s still important to take the proper precautions. Research on GW501516, consider your own medical history, stay within the recommended dose levels, and always buy from a credible source. Fake supplements can contain dangerous or impure ingredients, thus bearing more risk and bringing less of the promised benefits.

In conclusion, GW501516 positive impact on performance, endurance, fat loss, and overall health make it a well-rounded supplement that’s worth looking into. And for those trying it for the first time, its popularity and reputation in the weightlifting and fitness community are reassuring: if that many people have tried it and experienced the results, it is a much safer buy than a new, “trendy” but largely untested supplement.

So if you will only buy one supplement to help you achieve your desired muscle gains, are new to taking supplements as a whole and want a relatively safe bet, Cardarine is a good choice.